You Think There Is Enough Time but Is There? 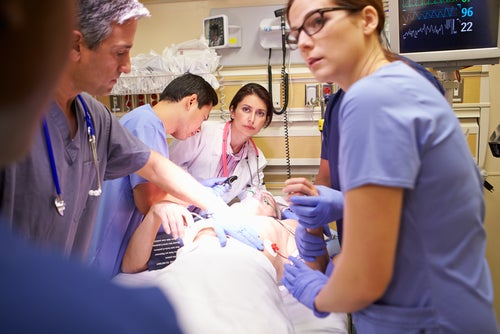 The key is to make your plans and prepare for problems BEFORE they happen.

An article explaining why one should prepare before a crisis arises appeared on OakPark.com in “START WITH A PLAN (not a heart attack).” The article details an incident that happens all too often. However, what makes this one unusual is that the two people involved are both attorneys and did not have an estate plan.

A woman wakes up to hear her husband gasping for breath, unresponsive and in full cardiac arrest. He was only 55, he biked 25 to 50 miles every day, he ate right and was one of the healthiest people she knew. Yet, he was having a heart attack. He did not have a living will (advance health care directive) in place, and she did not know what his wishes were in the case of a health emergency.

As the woman sat by his hospital bed in the critical care unit after his surgery, she started thinking about the practical realities. If he remained unconscious for some time, how would she access his individual finances, his paycheck or pay the monthly bills? She would need to hire an attorney and seek guardianship from the court to handle his financial affairs. If he died, she'd have to hire an attorney and open a probate case.

Without a will in place, her husband's estate would be deemed intestate, and the laws of the state, in her case, Illinois, would be applied to distribute his property. Half of his property would be distributed to his children and the other half to her.

That might mean she would have to borrow money from her own children to pay bills and cover their college tuition.

Her husband responded well to the surgery, but at one point he needed to be transferred to another hospital. As they travelled by ambulance to another hospital, a terrible thought occurred to her: what if the ambulance were in an accident and they were both killed? Who would rear their children? How long would it take to settle the estate, with no will?

Thankfully, the ambulance arrived safely at the hospital, her husband recovered from his heart attack and the first thing they attended to when he recovered was their estate plan.

It's a dramatic story, but a telling one: everyone, no matter how healthy, needs to have an estate plan in place. That means a will, power of attorney, healthcare proxy, HIPAA release form and any other planning tools that each family's situation may need.

Make an appointment to meet with us to put your plan in place. Don't wait until you have time, because you never know when you may run out of time.

We can advise you in creating an estate plan that fits your unique circumstances.