You May Be Overestimating Your Social Security Benefits 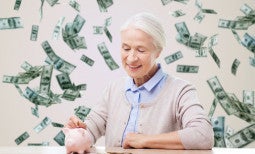 Studies have found that workers overestimate how much they will receive in Social Security benefits when they retire. Having a good understanding of the realities can help you plan for retirement.

Researchers from the University of Michigan studied the expectations of workers and found great uncertainty about future Social Security benefits as well as a tendency to overestimate the amount they think they will receive. Half of the workers surveyed in the study did not know their benefit amount. The average overestimation of the benefit was $307 a month, more than one-quarter of the average forecasted benefit. The study found that as workers got older, however, they were more likely to understand their benefits and less likely to overestimate benefit amounts.

Nationwide Retirement Institute's annual Social Security survey similarly found that future retirees over age 50 expect to receive a higher payment than what actual retirees receive.  In this survey, respondents were off by nearly $200 a month. And almost 70 percent of Baby Boomers mistakenly believe that if they claim Social Security early, their benefit will go up automatically when they reach full retirement age. Not surprisingly, the Nationwide survey also found that more than half of workers are not confident in their understanding Social Security or how much money they will receive.

Not understanding how much you will get from Social Security could lead to you to save less money for retirement while you are working. Setting aside money in a retirement account early can lead to big dividends later. The University of Michigan study found that spending and saving choices based on incorrect expectations lead to less ability to spend in retirement.

Individuals who file for Social Security benefits at age 62 – before their full retirement age -- will receive around 72 percent of their full benefit. On the other hand, if you delay taking Social Security benefits beyond your full retirement age your benefit will increase by 8 percent for every year that you delay, in addition to any cost-of-living increases, up to age 70.

For those retiring in 2021 at their full retirement age, the average monthly Social Security benefit is $1,543 for an individual and $2,596 for a couple who both receive benefits, meaning that many will receive less than this amount based on their work and earnings history. The maximum monthly Social Security benefit that an individual can receive in 2021 is $3,895 if they wait until age 70 to collect.  And keep in mind that many retirees have their Medicare Part B and Part D premiums deducted from their Social Security checks.

To gain a solid understanding of your expected Social Security benefits, you can create a my Social Security account. The account will give you retirement benefit estimates based on what you are currently earning.