A surprising percentage of the population does not have an estate plan, not even a simple will.  This is a mistake for anyone over the age of 17.  There are almost too many reasons to list, but I will make an attempt here.  Just realize this list is only the tip of the iceberg.

If you are over the age of 17, you need to appoint someone who can act for you with respect to financial affairs and medical decisions in the event you become incapacitated.  When you were a child, your parents were automatically your legal guardians.  Once you attained the age of majority (18 in most states), your parents lose that status.  If you get hit by a car, or tackled too hard in a football game, or fall off the balance beam, or slip and fall off a ladder, or whatever, and you are knocked unconscious for a while or, worse, fall into a coma, who will have the authority to collect your most recent paycheck and pay your rent or mortgage and credit card and insurance bills?  Who will have the authority to make medical decisions for you?  The answer is nobody, unless you have previously designated someone.  Your next of kin or spouse or partner will have to go to court to get themselves appointed as your guardian.  Can they afford that?  Can you afford that?

In the unfortunate event that you die without a will or trust (or both), state law determines who inherits your things, and those rules might not be even close to what you would have wanted.  Let's say you left home as quickly as you could because your parents were physically and emotionally abusive and then you get hit by a bus and die.  You never married and were childless when you died.  Guess who inherits?  Most likely your parents, if they are still living.

Here's another example.  Let's say you are in a monogamous, long-term, loving, committed relationship but the two of you never married.   You die without a will or trust.  Most likely you would have wanted your partner to inherit, but without a will or trust, that is not going to happen.  Instead, your parents will inherit if they are still alive.  If your parents are deceased, then your siblings.  Wouldn't it be even worse if you not only disinherited your loving partner but your estate went to a sibling you haven't spoken with in decades and don't even like?  It happens.

You get the picture. I could go on for pages, because the possibilities are endless.   The point is, having an estate plan allows YOU to spell out who gets what when you pass.

GUARDIANSHIP COURT CASE REQUIRED IF AN HEIR IS UNDERAGE OR INCAPACITATED

If an intestate heir is either a minor or incapacitated when you pass, his or her next of kin or other interested party will have to go to court to have a guardian appointed to manage the inheritance.  Can they afford to do this?

A PROBATE WILL BE NECESSARY

One purpose of estate planning is to avoid probate, which is expensive, time-consuming and a public process (meaning everyone will know you died without a will and what you died owning and owing).  Unless every single asset you own is held in joint tenancy with right of survivorship or with a death beneficiary designated, your estate will need to go through probate to transfer your assets to your heirs (not that I am recommending these techniques, see the blog post DIY Estate Planning Mistake #2).  In some states there are expedited procedures for very small estates, but it is still a procedure that could have been avoided altogether.

Even if an heir is age 18 or over, no longer a minor, he or she might not be responsible enough to handle a large inheritance.   Some are.  Some aren't.  There  are plenty of examples out there of young people who inherited large sums of money and blew it all within short time when they could have been set for life, or nearly so, had they handled the money responsibly.

Other heirs might find an inheritance to be a mixed blessing, such as the heir that is receiving needs-based government benefits but loses them when he receives his inheritance.  That outcome can be avoided by giving the heir his inheritance in a special type of trust rather than outright.

WHO ARE YOUR HEIRS' HEIRS?

Is your son married to a woman that you cannot abide?  Is your daughter married to a man you wish she had never met?  How would you feel if your child died not long after you and his or her inheritance (from you) would up in the hands of his or her spouse?  That is preventable as well with proper estate planning. 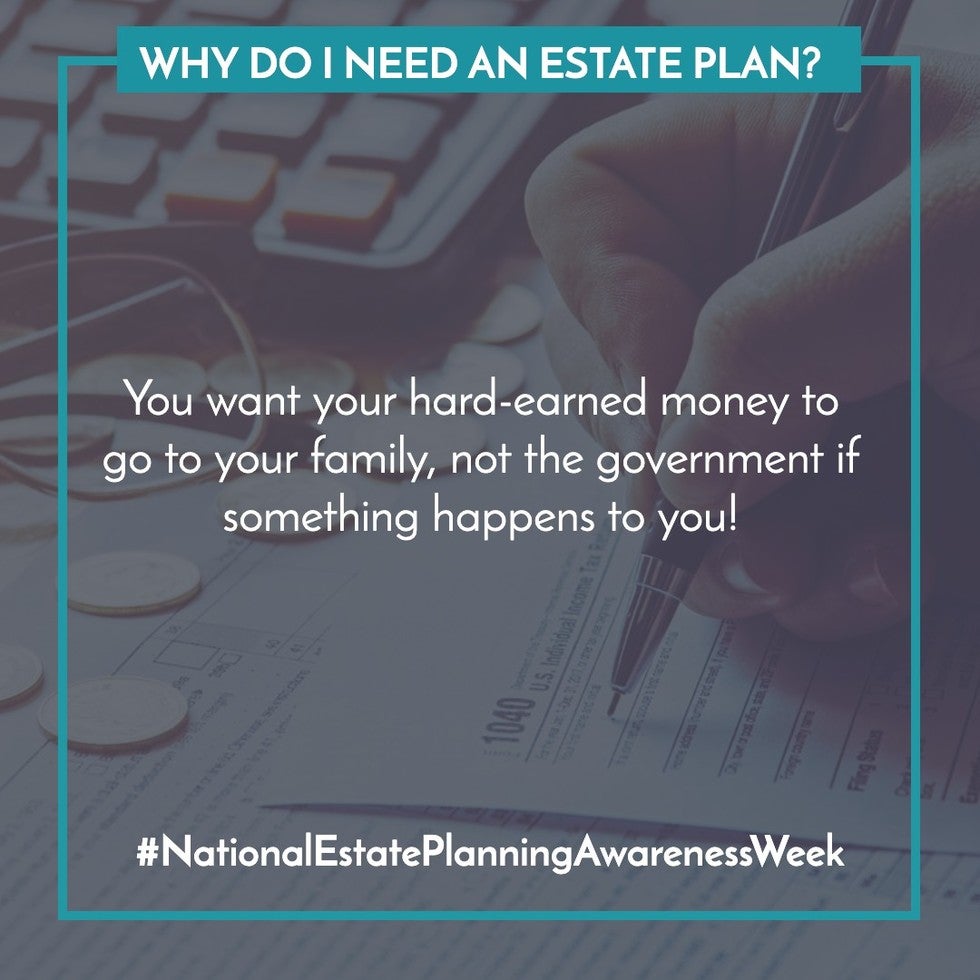 Estate taxes are less of a concern these days, the federal exemption being so very high, except for those poor souls who live in states that have an estate tax whose exemption is surprisingly low, such as Oregon.  If you live in an estate with an estate or inheritance tax, you owe it to yourself and your heirs to engage in proper estate planning.  A few thousand dollars of attorney fees now can save thousands, tens of thousands, or even millions of dollars in estate taxes later.

Many hard-earned estates have been completely wiped out by nursing home expenses.  This outcome is avoidable, but you must plan ahead.

If you are finally convinced that you need to do something to put your affairs in order, give us a call or fill out our web-based contact form.  We can help if you are domiciled in Alaska, Arizona, California, Colorado, Oregon or Tennessee.  If you are not in one of those estates, we can refer you to someone who is.

If you are not yet convinced, watch this space for more blogs about DIY Estate Planning Mistakes.