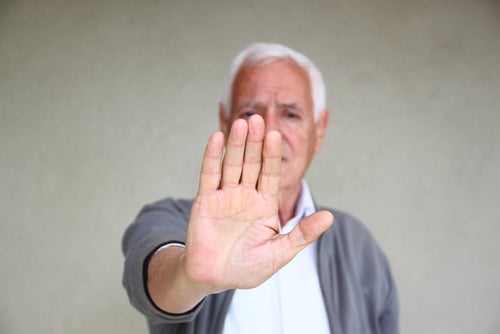 Under California law, any person age 65 or older has standing to petition for a restraining order against an individual alleged to have engaged in abusive conduct, even if there is no special relationship between the alleged abuser and victim, such as a caretaking or custodial relationship.

In a recent court case, Jude Darrin, age 81, petitioned for a restraining order against her neighbor, Sandra Miller. Jude alleged that Sandra and her boyfriend harassed and intimidated Jude, trespassed onto Jude's property, destroyed a hedge, and defaced, damaged, and removed a barrier fence (twice!). The trial court issued a temporary restraining order and scheduled a hearing on the petition.  Sandra argued that Jude lacked standing because Sandra and Jude did not have a special relationship, such as a care or custody arrangement, and Sandra had no control over Jude's real or personal property. Jude argued that the Elder Abuse Act applies even in the absence of any relationship between the alleged abuser and elder. The trial court agreed with Sandra but the Court of Appeal reversed. Elder abuse is defined broadly to include “[p]hysical abuse, neglect, abandonment, isolation, abduction, or other treatment [of an elder] with resulting physical harm or pain or mental suffering.” “Other treatment” is similar to “physical abuse” and requires no special relationship between the elder and alleged abuser, unlike other types of abuse such as abandonment and neglect, both of which require a special relationship.