What Do You Really Know about Social Security Benefits? 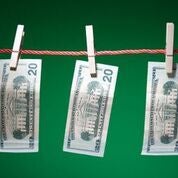 It is your future and your money. Learn everything you can about the program.

Is the program going bankrupt? According to AARP's legislative policy director, the Social Security trust funds are near an all-time high. However, it does have long-term financial challenges. For decades, the agency collected more than it paid out. The extra money was invested in Treasury securities. Today, the trust fund's value is worth about $2.89 trillion. However, demographics come into play: boomers are retiring and the ratio of people retiring versus those in the workforce is changing. The program will continue, but benefits may decrease.

Congress is not likely to address reform soon. Partisan politics make it unlikely that there will be any efforts to engage the long-term funding issues facing Social Security. To make significant changes that will have a lasting effort will require bipartisan support.

Some reform ideas are starting to form. There are a few proposals floating around, including one that proposes either raising or eliminating the wage cap on how much income is subject to the Social Security payroll tax. Another is to raise the age for full retirement benefits.

Washington cannot take funds from the trust fund for other uses. Any money remaining after benefits and expenses are paid is invested in U.S. Treasury securities. If money is used, it must be paid back with interest. Congress determines how much can be spent on administrative costs, and there have been much-needed increases recently.

Yes, it could be better administered. The Social Security Administration is a massive organization, with more than 60,000 employees and 1,200 offices nationwide. The rapidly escalating number of retirees has presented challenges for the agency, which has been underfunded for some time.

Social Security was never meant to be a national retirement fund for everyone. The program was designed to protect the elderly and the ill from dire poverty. It will only replace about 40% of your pre-retirement income.

Its purchasing power is shrinking. Cost of Living Adjustments (COLAs) is based on a formula that does not account for the increasing medical costs faced by seniors. These costs are rising faster than others, and the COLA just doesn't keep up.

Working and collecting benefits—yes, you can. If you are younger than your full retirement age and your paycheck exceeds a certain limit, a portion of your benefit may be withheld. However, you'll eventually receive this money when you hit full retirement age. If you wait until full retirement age to start drawing Social Security, you can work as much as you want, and benefits will not be reduced.

Social Security is keeping up with the times. Payments are made electronically, there's an online portal, and people are encouraged to use the website to set up their accounts. This precludes checks being stolen in the mail, or seniors being targeted by thieves when they cash their checks.

It's not just about retirement. Social Security includes four benefits: disability, retirement, dependents, and survivors. However, don't count on receiving more than one type of benefit at a time. You should, however, ask about other programs for which you may be eligible. If the family breadwinner dies, you may be eligible for survivor or dependent benefits.