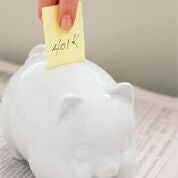 If Social Security will be 40% of your income, where does the rest come from?

Social Security was never intended to be your total retirement funding, so you need as many revenue streams as possible, according to U.S. News & World Report in an article that compares “Pension vs. 401(k).”

A traditional pension plan, or a defined contribution plan, like a 401(k) account, are two of many retirement savings options. Both plans are designed to provide retirement income, but they are very different in how they are set up and administered.

Most people think a pension is better, but fewer people today have that option. There are also several reasons why a 401(k) is a better way to go, as long as the owner is financially educated and has the discipline to set aside short-term spending for long-term retirement goals.

Let ‘s look at the differences.

Pensions give workers a monthly payment in retirement if they meet certain eligibility standards. One usually has to work a certain number of years to receive a pension and must reach a specific age before payments begin. The formula is usually calculated based on earnings and years of service.

Employers fund pensions, and there's no employee contribution needed. There's a tradeoff though: workers have little or no control over how they receive their pension. Most have to be taken in monthly payments, but some companies do allow a lump sum payout.

The usual election is to take a monthly payment and permit a surviving spouse to continue to receive the pension payouts. The monthly payout may be less than a lump sum, but the surviving spouse enjoys the benefit of continuing income after the worker dies. This is often a decision that can be made only one time.

Fewer and fewer companies offer pensions today. Twenty years ago, nearly 60% of large companies offered pension plans. In 2017, only 16% of companies offered pensions to new hires. Pensions are expensive. This is underscored by government pensions, also known as public pensions, which are now scrambling for funding. Moody's Investor Services calculated that public pensions in 2018 were underfunded by $4.4 trillion. For teachers and civil servants, that's a worry. In the private sector, the Pension Benefit Guaranty Corporation (a government agency) insures the pensions of 37 million private employees.

Some employers make contributions to their worker's retirement accounts. However, many workers need to be employed for a certain amount of time before they are entitled to the funds. Some companies will match an employee's contribution if they meet certain contribution levels.

There are two types of 401(k) plans. Traditional 401(k) plans offer a tax deduction at the time that contributions are made. Money grows in the account tax-free, but when withdrawals are made after retirement they are subject to income taxes. If you take money out before age 59½, there might be a 10% penalty. Once you reach age 70½ [in 2020 the SECURE Act extended this to age 72], you must take a certain amount out every year, called a Required Minimum Distributions or RMDs.

A Roth 401(k) plan does not provide a tax deduction for contributions, but money can be withdrawn tax-free during retirement. Depending on the account, there may be a 10% penalty for an early withdrawal, but that only applies to investment gains. Since the contributions have already been taxed, there's no penalty for withdrawing a portion of the principal early. Unlike the traditional 401(k), there are no RMDs.

Which is best? What are your circumstances and what will work best for you?