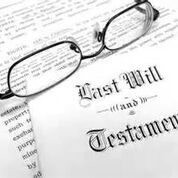 It isn't difficult to get the process started.

Here are a few examples of what can happen to families who don't plan properly.

A married couple owns a home and some investments. To protect their assets, they create a Revocable Living Trust and transfer all their assets into the trust. They believed that by doing so, they'll avoid probate and preserve assets from long-term care costs. However, while a revocable trust can avoid probate if properly created and funded, it has limited other benefits.

When the husband needed nursing care, the couple was surprised to learn that putting their largest asset—their primary residence—in a revocable trust resulted in a situation where the home was counted as an asset for Medical Assistance to pay for care.

As Pennsylvania residents, their principal residence can be excluded for consideration for eligibility—if certain conditions are met. However, federal law specifically allows real estate in a revocable trust to be viewed as a countable resource. (Not all states follow this rule.)  Had they placed the residence in an Irrevocable Asset Protection Trust five years prior, or even kept the residence out of a trust, they would have had more options, in Pennsylvania.

Not having a will is never a good idea. A local musician had a successful career that resulted in him having a good deal of wealth. He had a son from his first marriage and when his son was born, he told his wife that he wanted his assets to pass to his wife upon his death. If she died before him, he wanted his assets to go to his son. However, he never had a will made.

With no will, state law governs who receives his assets. In the musician's case, assets pass in the following order:

Notice that none of these is his current partner. The only way she could have inherited his assets would have been for him to have a will. While he had told his partner that he did not want his son to get anything, under his state's law, his assets are to be split equally between his children.

With an estate that included songs that were copyrighted, both of his children (and any individuals claiming to be his children), may receive income streams. The court must first determine who his legal children are before any assets can be distributed. A will would have prevented this entire mess.

We can advise you in creating an estate plan that fits your unique circumstances.