Postponing Retirement Can Be a Good Plan 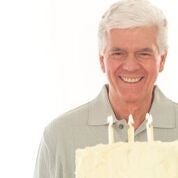 Just because someone reaches the age of 65, it does not mean they are ready to head into retirement. Those extra years of working can pay off in the long run, according to Bloomberg Business News in “Seventy Is the New Sixty-Five.”

By continuing to work through their 60s and beyond, these older workers are not only giving their portfolios five more years of growth. They are also adding to their Social Security benefits and compressing the amount of time they'll be drawing down from their savings.

A survey by CareerBuilder in 2017 found that half of U.S. workers over age 65 have no intention of retiring before age 70. While about a third of adults between the ages of 65 and 74 have full or part time jobs, the Bureau of Labor Statistics expects that number to jump by 2026. It's a win-win-win, and for middle class Americans, it's another form of longevity risk management.

Working for just a few more years has been found to offer a bigger boost to retirement savings than saving more over the decades.

The downside? Not everyone is able to keep working past age 65. Some lose their jobs and find it hard to get hired again. While there is no longer a mandatory retirement age, age discrimination is still present in the workplace. Employers often push out older workers, eliminating their positions by “restructuring,” which lets them hire younger workers at lower salaries.

Others need to slow down their careers to care for ailing parents or spouses.

A recent survey by AARP found that 44% (!) of older job applicants were asked about age-related information by their potential employers, even though doing so is illegal.

However, the tight labor market has also led more companies to rely on older employees. People 55 and above are expected to comprise more than a quarter of the workforce by 2020. While companies are often reluctant to discuss ageism in the workplace, many have realized the value of the older worker.

One large corporation that makes industrial equipment, reports that a third of its workforce is currently over age 50, and many are choosing to stay into their 60s, especially those in white collar positions. Those who have technical experience and knowledge about products and can mentor younger workers are especially important to the company's continued growth.

Working a few more years can offer a bigger payout than saving more money during younger years. That's according to a recent study from Stanford University. Here's a hypothetical example: a 43-year-old in 2013, earning roughly $114,000 per year and putting 9% into a retirement fund. If she works until she is 68½, she'll have the same retirement income, as if she saved an additional 10% of her paycheck for 23 years and stopped work at 66.

An estate planning attorney can advise you on creating an estate plan that fits your unique circumstances and can include more working years and a better retirement.