Personality has an Impact on Retirement/Employment Decisions 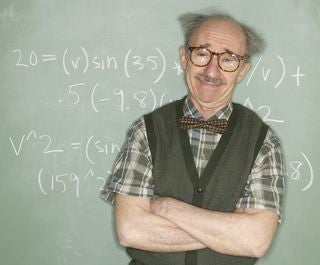 Cognitive ability makes it easier to remain in the workforce.

Researchers at the RAND Corp. in the U.S. and a think tank in The Netherlands have determined that personality has an impact upon the decisions made by employees who are considering retirement, according to Think Advisor in “4 Personality Traits That Influence the Path to Retirement.” Personality and cognition tests were included in the 14 years study of older Americans.

Only about a third of people who are older and working full-time go straight into retirement. Most zig-zag, maybe reducing their hours, dabbling in a consulting practice or finding a place in the new gig economy. Other people retire, then decide it's not for them, and go back to work, sometimes on a full-time basis. Other times, depending on their situation, they opt for part-time employment.

Here's what the researchers found:

Cognitive Ability–People with higher cognitive abilities have an easier time remaining in the workforce, even though they are getting older.

Extroversion—People who naturally seek out other people and situations outside of themselves, tend to keep working after age 65. Even after age 70, this group is the most likely to be working full-time. Extroversion also pulls some people out of retirement.

Conscientiousness–People with this personality trait often work well past age 62. However, it has less of an impact after age 65. Maybe conscientious people are better prepared to retire!

Agreeableness—People who get along with others, are most likely to keep working after age 65.

Neuroticism and openness to new experiences—These personality traits have very little to do with how long people work.

Before deciding to retire, it makes sense to examine your reasons for retirement. Your personality may not flourish in retirement, where being actively engaged would be better for your mental and physical well-being.