Retiring? 61 Is NOT the Magic Number 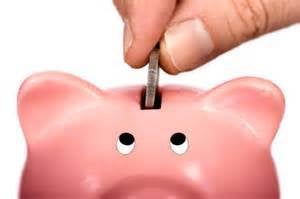 Social Security rules and regulations are the key to the magic retirement age.

For some reason, many American have come to believe the magic number for retirement is 61 and they are wrong, according to The Motley Fool's article “Americans' Ideal Retirement Age–and Why It's Not Realistic.” The article is based on a survey from Bankrate that reveals adults across the board think that 61 is the ideal age to retire.

Unless you can live without Social Security during retirement, 61 is not your magic number. Most American retirees can't live on Social Security alone and those benefits have a major impact on the ability of most retirees to keep up with their bills.  However, eligibility doesn't start until age 62. The people in the survey either didn't know they can't collect Social Security until they turn 62 or they are assuming they can get by without it.

The average Social Security benefit check is just more than $1,400, which adds up to about $17,000 a year. If you are among those who have little or no money set aside for retirement, that's a lifeline.

A large number of working Americans are way behind in their retirement savings. It's estimated that around 42% have fewer than $10,000 set aside for the future. How will they retire at all, much less retire at age 61?

Even if you can manage to keep working until age 62, filing at that age has its own issues. Today's workers need to wait until their Full Retirement Age, or FRA, in Social Security's terms, to receive their full monthly benefit. The difference is large enough to make it worth the wait.

However, what if you are among those who really want to retire at 61? You'll need to have started with saving and investing for retirement at a relatively young age and have been willing to take a very aggressive position in your investments. If you started at age 26, with a goal of retiring at age 61, and you are employed by a company with an employee sponsored 401(k), you'd have had to contribute $1,500 a month for thirty-five years to amass enough money—if your investments were earning a steady 7%.

As you prepare for retirement, meet with an estate planning attorney for advice on asset distribution, as well as power of attorney and healthcare directives.

Reference: The Motley Fool (July 18, 2018) “Americans' Ideal Retirement Age–and Why It's Not Realistic”