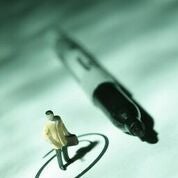 Spouse retains full rights to estate, unless there is a divorce.

There were two deaths in the celebrity world recently that involved separations, highlighting a peculiar issue in estate law, according to Forbes in "Kate Spade, Anthony Bourdain And Estate Planning When You Are Separated."

The deaths were of fashion designer Kate Spade and celebrity chef Anthony Bourdain, who committed suicide while being separated from their spouses. If Spade and Bourdain had gotten divorces, then their spouses would not be entitled to any portion of their estates. If the spouses were included in the estate plan, they would be constructively written out by a court. However, that does not happen when a couple is separated.