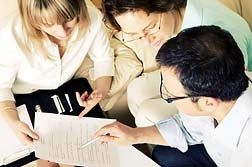 Many elderly retirees have forgotten about retirement accounts that accumulated in their younger years.

There are many Americans who have a retirement account through an old employer, but they have forgotten about them. It is important to remember that when you leave a job that had a 401(k) plan or other retirement plan, you are still entitled to your funds. This is true, even if you never did anything with the retirement funds after you left that job.

In total, this problem costs Americans some $150 billion they are owed, according to Kiplinger in "Missing Retirement Accounts Cost Retirees Billions."

There is a bipartisan piece of legislation in the Senate that would make things easier for people to find the money they are owed. It would require the creation of a central database, so people could search for their own accounts.

However, this legislation is being opposed by the industry, as it would increase costs.