Cost of Longer Life Span May Be Inheritances 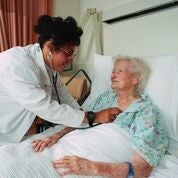 As the cost for caring for the elderly increases, the amount of inheritance decreases.

In wealthy countries, the idea of leaving an inheritance is in jeopardy and may become a distant memory for middle class families, according to the Financial Times in "Opinion Today: The end of inheritance."

Receiving even a small inheritance from parents, allows families to build up some wealth. That wealth can, in turn, be left as inheritances for their children.

The article is about the situation in the U.K..  However, the issues in the U.S. are the same.

The overall population is aging. The elderly are living much longer than in previous years. This increases the cost of providing care for the elderly population. There are not enough younger people paying taxes to make up for the increasing costs.

At some point, the issue does need to be addressed.