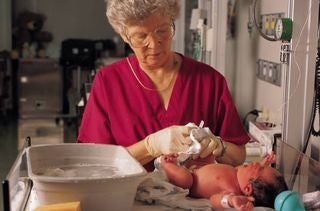 A Tennessee woman has given birth to a baby, after the successful implantation of an embryo that was frozen 24 years ago.

The medical world is making advances in many fields, including all kinds of technologically enhanced pregnancy and birthing methods. Eggs, sperm and embryos can all be frozen today and used later to create a child.

Why this was done when the woman was so young is not known.

This creates even more challenges for estate law, when it comes to posthumous births.

The length of time from when a person passes away to when the deceased person's biological child can be born keeps increasing. What should be done about previously administered estates, when a new child is born so long after death is not clear.

States that have addressed the issue have not all reached the same conclusions. It is something that will need to be addressed with increasing clarity, in the near future.

People who might have posthumous children should talk to an estate planning attorney about what they would like to happen in case they do have one.

Let the attorney include what you want done in your estate plan.