Are Pensions Becoming Extinct in the U.S.? 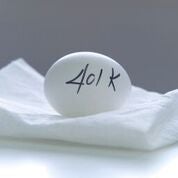 Pensions used to be a main portion of the American benefits package, but times have changed.

Many companies in the U.S. did away with pension plans for their employees in the 1970s and switched to 401(k) plans, according to the Washington Post in "'I hope I can quit working in a few years': A preview of the U.S. without pensions."

401(k)s were supposed to make it easier for people to retire.

The idea was that employees could have their own investment account. They could put their money into the accounts and many employers matched the amount put in.

The system was entirely voluntary. That is where the problem came in.

Over the years, most people have not put nearly enough into their accounts. As a result, they do not have enough money to retire.

That leaves many elderly people now working long after they had hoped to leave the workforce, because Social Security does not provide enough money to live on.