How to Proceed When There's No Will 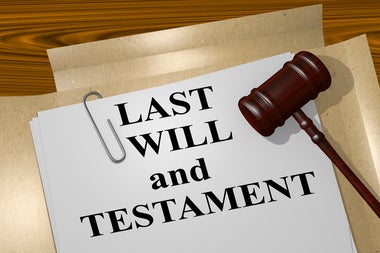 When someone dies without a will, relatives turn to state law, which provides a list of people who are eligible to fill the role of executor. If a probate court proceeding is necessary, the court will choose someone based on that priority list. Generally, only spouses, registered domestic partners and blood relatives inherit assets; most states make the surviving spouse or registered domestic partner, if any, the first choice. Adult children are usually next on the list, followed by other family members. Unmarried partners, friends, and charities get nothing. Every state has laws that direct what happens to a property when someone dies without a valid will and property was not left in some other way--such as through a living trust.

If there is no surviving married or civil partner to inherit, children are next in order of priority. Next? Parents, brothers, sisters, nieces and nephews can inherit if there are no surviving grandchildren or great-grandchildren.

If one has exhausted all these options, grandparents, uncles and aunts, and then half-uncles and half-aunts are searched out. Does a relative by marriage qualify for anything? Generally not, but there are exceptions.

There are many kinds of assets that aren't passed by a will; instead, the documents themselves need to be located to see if there is co-ownership or a beneficiary designation established. Life insurance proceeds, real estate, bank accounts and funds in an IRA are examples of such property.

All states have rules that bar certain people from inheriting if they behaved badly toward the deceased person. If a parent abandoned or refused to support a child or committed certain crimes against a child, he or she cannot inherit from that child.

Don't take anything for granted — not even what the simple term "children" means. Many state statutes use the term "issue" to describe who should inherit in the absence of a will — direct descendants of the deceased person.

Legally adopted children inherit from their adoptive parents just as biological children do. Stepchildren — especially if they were never legally adopted by the deceased person — are not included in the inheritance list. How about half-siblings? Yes, even if they were adopted out of the family.

Even if an heir is dead, he/she can still get in on the take — through an offspring who is entitled to take some or all of what their parent would have received. These possibilities need to be taken into account before distributing assets.

These are just the basics. Details can vary from state to state and situation to situation. As you can see, you should have a will. And if you think you're owed a piece of an estate of a deceased relative who died without one, consult an attorney before deciding you are — or are not — entitled.

Meanwhile, make sure your estate is in order, and encourage those close to you, such as parents, to set up wills and trusts so their final wishes are carried out.