Do Funerals Have to Be Somber and Boring? 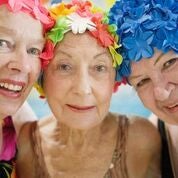 Coffin clubs are being formed to work toward making funerals less somber and less boring, according to Market Watch in "Want to spice up your own funeral? Join a coffin club."

The first coffin clubs was formed as a result of a group of elderly people in New Zealand who had gone to so many funerals for their friends that they began to get irritated with the funeral process.

In a coffin club, a group of people get together and decorate their future coffins. This allows mostly elderly club members a chance to not only hang out and have fun but to create a coffin for their remains that reflects their own personalities.

It is a way to make their funerals more interesting and more reflective of their own lives.

Funerals are changing all over the world.

"Want to spice up your own funeral? Join a coffin club."