I was contacted in May of 2020 by a man ("Son") whose mother ("Mom") was in a skilled nursing facility in Crossville, Tennessee.  He had exhausted all of Mom's savings paying for Mom's care since September of 2019, totaling approximately $75,000 up to that date.  Mom was completely broke except for monthly income from Social Security and a Veterans Administration surviving spouse benefit.  Son and his wife were now looking at the prospect of having to pay for Mom's care, at the rate of approximately $8,500 per month, out of their own pockets to the extent Mom's income was insufficient.  Mom's income at that time was approximately $2,624 per month, creating a monthly shortfall of approximately $5,876.

Son and his wife had actually contacted me about preparing their own estate plans and had only casually mentioned that they might need some help with Mom's TennCare application.  I responded that I would be happy to help and sent them a questionnaire to complete.  They never completed the questionnaire because not long after that they moved out of state (but Mom stayed in Crossville).  (They were not aware that I am also licensed in the other state to which they had moved.)

The reason their application had been denied, even after Mom was completely broke, was Mom's income was over the income cap in Tennessee at the time of filing.  Even though the cap increased slightly from 2020 to 2021, Mom's income was still over the cap.

The solution was simple.  Mom needed to create a Qualified Income Trust aka Miller Trust aka QIT.  They hired me to help them with that.  I created the QIT and coached them through how to submit it via Tenncare's online portal for the fastest results.  They uploaded the documents around January 23, 2021 and by February 3, 2021 Mom was finally approved for Tenncare benefits retroactive to January 1, 2021.  Already they were ecstatic about getting about $5,876 back that they had already paid for January.  That alone more than covered my fee.  But, more importantly, they would no longer be paying for Mom's care out of their own savings. (They had thought they were going to have to sell their house because they were nearly out of cash.)

I told them I could do even better.  If they would obtain complete billing history from the long term care facility, I could try to get some more money back.  They did so and I submitted an application for some money back, which was approved.  The patient share of cost would be reduced from $2,290 per month to $0.00 per month for as long as necessary for them to recoup $24,104 previously paid out of their own pockets.

HOWEVER, the result could have been EVEN BETTER had Son contacted me as soon as he knew Mom needed to be transferred to the facility for long term care, i.e. in August of 2019.  The grand total spent by the family on Mom's care out of pocket (in addition to Mom's income) by the time I was hired was approximately $124,000.  That grand total need only have been approximately $35,000.  Had Son hired me in August or September of 2019, I probably could have saved about $35-40,000 of Mom's savings and Son would have never had to spend any money out of pocket at all.  Here is the difference:

If you have a loved one that needs long term custodial care and you are worried about how you are going to pay for it, please do yourself a giant favor and call us sooner rather than later.  The sooner you call us the better the results that we can achieve for you, usually. 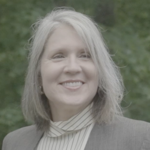