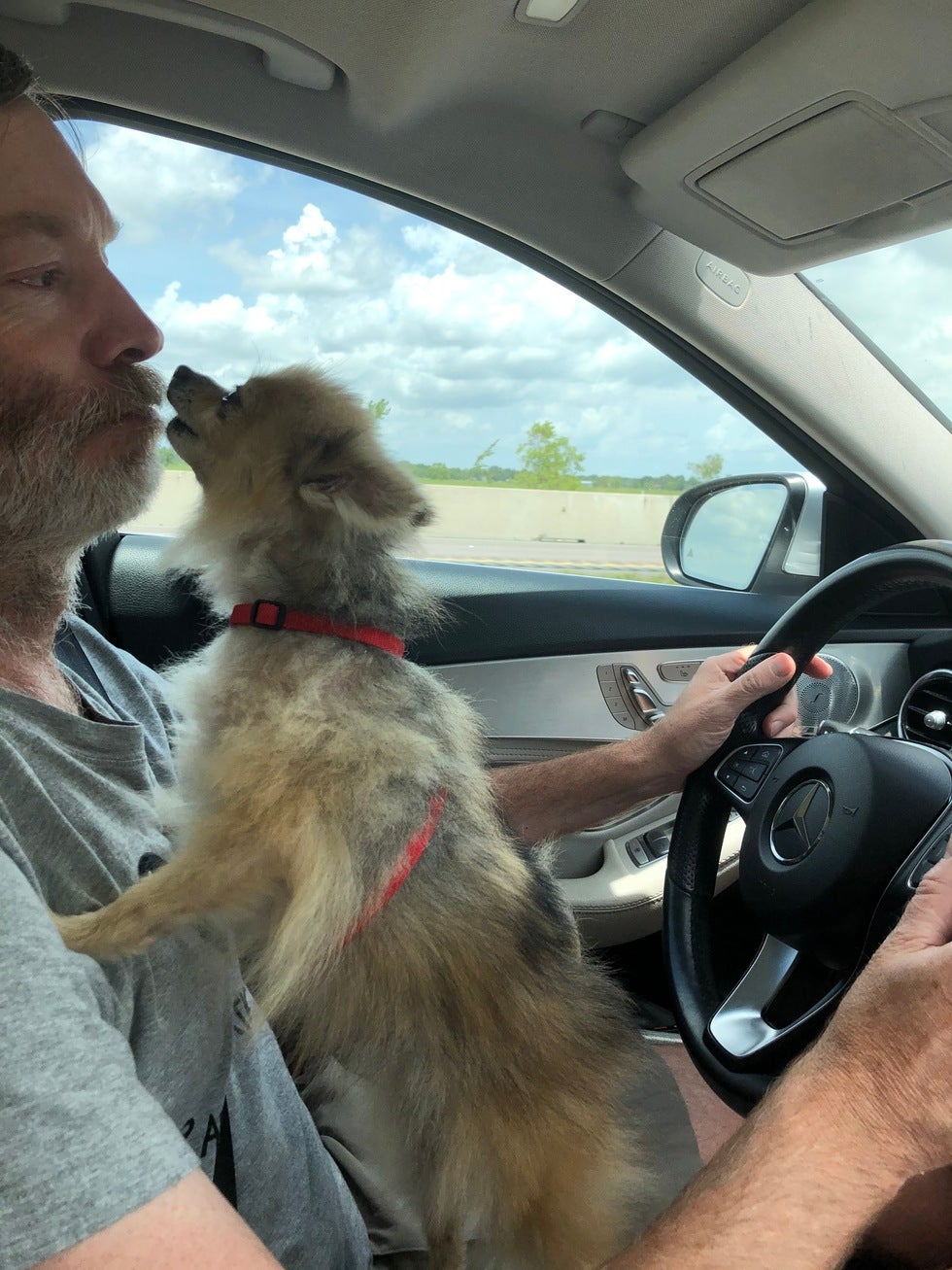 After we first picked her up. Look at how scruffy she is!

Brian and Nina drove to Houston, Texas on the hottest day of the year in 2021 during the worst thunderstorm, to bring Isabella (then age 9) back home to become a Whitehurst.  She had been a stray and was very scraggly and underweight.  With a few short months most of the matted fur that had been shaved had grown in, her fur was more lustrous, and she even 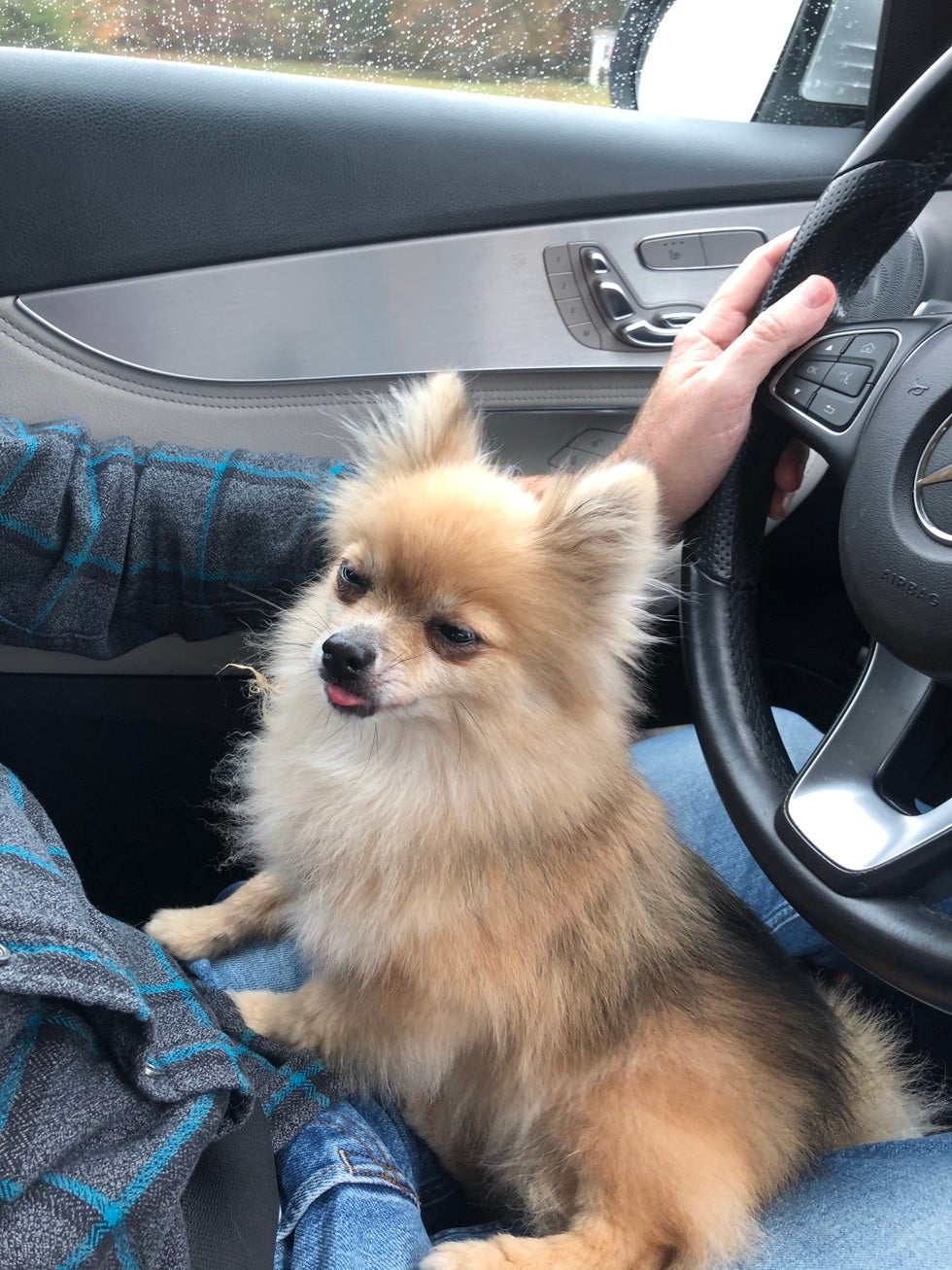 Three months later, she has gained weight and fur.

had the beginnings of a fluffy tail characteristic of Pomeranians.  She learned the ways of the Whitehurst household quickly and made fast friends with Jagger and the cats.  Brian and Nina renamed her "Nellie" because she is SOOO nosy, always sniffing for food everywhere because, well, for a time that had been a matter of life and death for her.  Poor thing! She 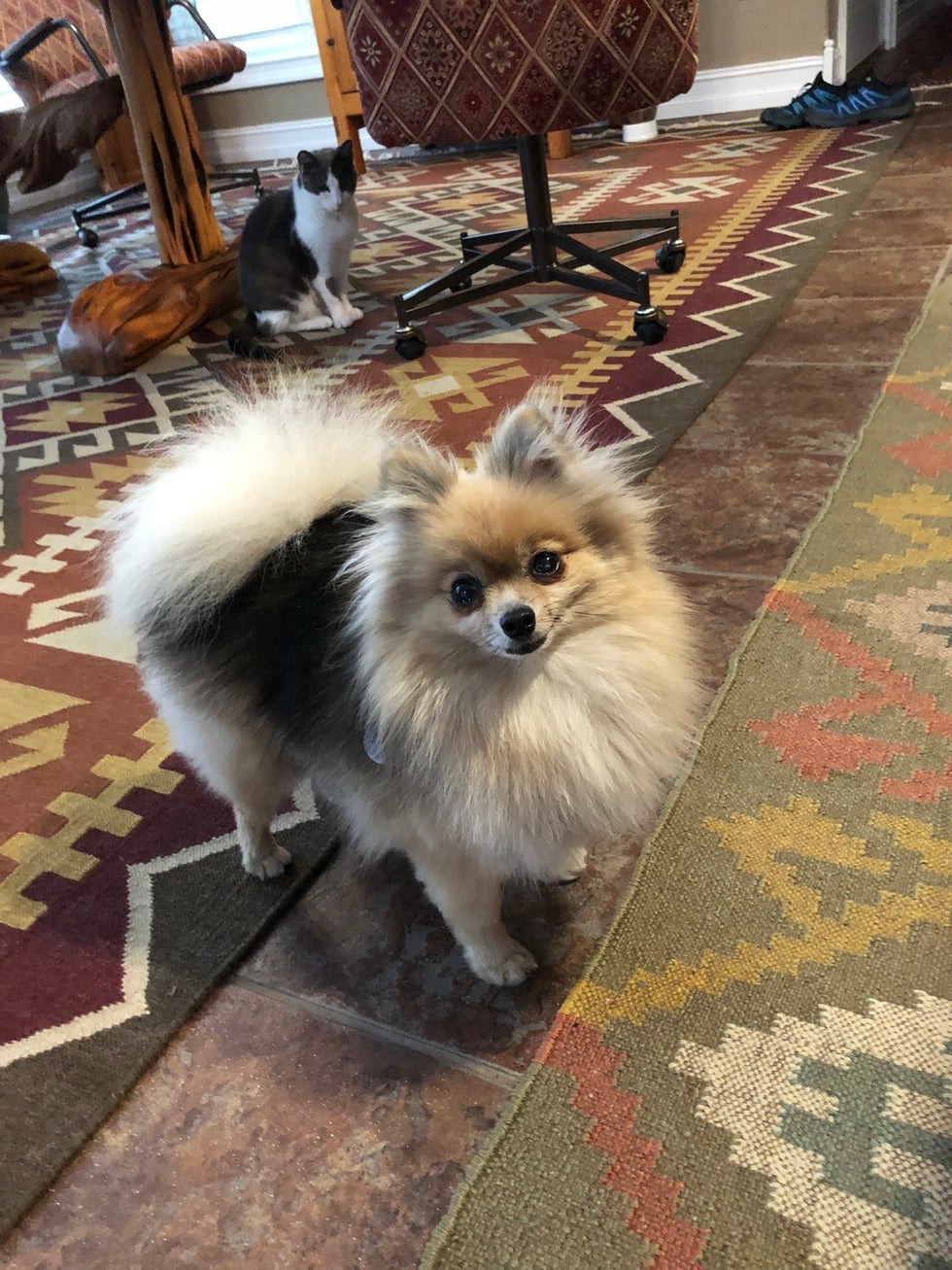 Eight months later, she is practically a show dog!

She is now a little more relaxed and finds time to play and rest in between sniffing for food.  She is everybody's friend and loves playing with Jagger.  She also likes playing "kiss the cat".  The cats are not too sure about that, though, but they are mostly tolerant.

Nellie loves stealing Brian's (not Nina's) socks, shoes and slippers, so if Brian shows up to a meeting wearing only one shoe, you will understand why.